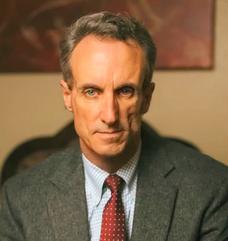 Jim Williams is a Tampa-native ADR professional and has presided over some 5000 ADR matters since 1992. With degrees from Yale, Southwestern and Houston College of Law, he began his legal career in Denver as general counsel to an environmental concern before later returning to Florida as a prosecutor for the state. Jim has previously owned and operated his own general practice firm and also served as Special Counsel for other law firms.  His 28 years of private practice have yielded an experienced mediator, arbitrator and umpire.  Williams is a frequent ADR lecturer and most recently served as the primary trainer for circuit civil mediation at the University of South Florida. He has been previously appointed by the Chief Justice of the Florida Supreme Court to the grievance board for all mediators in Florida, the Mediator Qualifications Board (MQB) and the (QCC) Qualifications Complaint Committee. Williams resides in the Tampa Bay area, is deeply active in charitable group work and has a statewide ADR practice.  Jim is a Florida Supreme Court Certified Family and Circuit Civil Mediator.